I remember my mother’s womb

The pat and prod

The babble of her bowels

Things were different on the outside.

Oh don’t get me wrong.

She was free with her milk

but not on demand.

Brought up a lady

in the Taranaki back blocks*

her father an English gent

her mother the real farmer

out of flour bags

The kickoff from the side of my own pool

the peace of bloodlight’s glow through amnion

and the warm beat beating

But I have relocated

many times since then

and now my home

is deep within myself

I wrote this poem a number of years back. I am a long term practitioner of meditation. And so it was a natural progression to switch from the home within my mother to the one within myself; that place of peace and safety common to us all.

I have placed asterisks next to some of the terms for those of you who aren’t familiar with language use in Aotearoa New Zealand. Refer to those meanings below.

*Plunket Nurse -the nurse who visited young mums and advised on feeding. In my baby days they were very keen on four hourly feeding. And mothers were not encouraged to breast feed for a long time.

*’depression undies’ My mum was a young girl when the great depression hit NZ. Because they lived a long way from the shops and there wasn’t much ready cash they used the old flour bags to make undies with. 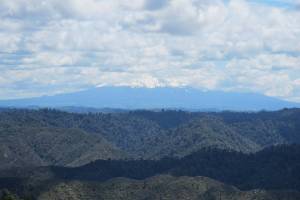 *The Taranaki back blocks refers to  isolated country in the upper part of the lower North Island where there were few roads,which made it a tough place for farmers to carve out a living, even though there was good grazing for animals.

I have not posted for a few months. My blog space was full of grief for India and the many other nations who were and are suffering new waves of covid 19. At that time I felt for India in particular because of the huge numbers but in truth the suffering of one person , one small nation, is one too many.

Never in my lifetime have we all been so close and yet so far; so separate and yet so much a part of each other.

I wanted to post a poem from India. There are so many…More than 19,500 languages or dialects are spoken in India as mother tongues, according to the latest analysis of a census released recently. I wanted to pick one that had been written in an Indian language rather than in English although there is no greater mastery of English than in India. In this land of such diversity of multiple beliefs and cultures, of many many languages it was a huge task.

In the end I chose two links at random. https://projectindianpoetry.wordpress.com/mip/

I hope these are a good choice.